Is Putting Luck or Skill? 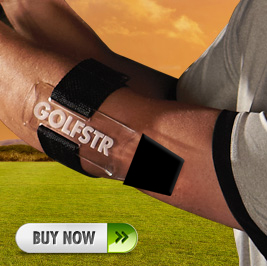 Is Putting Luck or Skill?

Putting really is a crap shoot but the more you practice the luckier your will get. So how did John Rahm sink his 25 foot curving putts on the last 2 holes at the US Open? John gave credit to his new Odyssey Hot White putter but his putter also missed a number of other putts that week. When it comes down to putting success, every putter can sink every putt, if you choose the right line and swing with the right speed. So what should you do to sink more putts?

The professional tournaments are played on greens unlike anything that many of us will ever play. The surface of the greens for the 2021 US Open were setup with a 14 on the Stimpmeter (a ramp device used to measure the rolling speed of a golf ball on greens). Public courses are setup with about an 8 to a 10 on the Stimpmeter and Private courses are setup with anywhere from 9 to 13. I was fortunate enough to play on The Bears Club (a private Jack Nicklaus course) just prior to The Masters a few years ago, when that course was setup for the tour pros to play on greens with putting speeds like Augusta National Golf Club with a Stimpmeter of 14. Putting on those greens is like putting in another world. The pros have no choice but to adjust their swing rhythm to accommodate the speed of those greens.

What should you do to sink more putts on every course that you play?
1/ The Stimpmeter of greens is different on every course and it also changes during the day as the greens dry out with sun load during the time that it takes to play 18 holes. Even the pros suffer from the increased speeds of the greens as they approach the end of their round. They often second guess the speeds and end up hitting short of the hole as they try to reduce their putting speed. Don’t fall into this trap after you make a few surprising longer putts followed by putts that are short of the hole. Pay attention to the changing putting speed of the greens and adjust your swing accordingly.
2/ Practice Putting Greens: Never start a round of golf until your hit some long and short putts on the practice putting green. It should be setup to match the Stimpmeter speed of the greens on the course. Tune-up your putting speed before you start your round.
3/ Damage Near the Hole: Too many golfers destroy the roll of the green near the hole when they lean on their putter to bend down and remove their ball from the hole. A slight rise around the lip of the cup (caused by poor cup placement), is also a problem that will keep a weakly hit putt out of the hole. Firm putts (that can pass the hole by up to 2 feet) will have a much better chance of sinking.
4/ Slope at the Hole: Often the sadistic person who sets up the daily hole locations will place the hole on the edge of a slope. [It’s the only enjoyment they have as they think of the missed putts that they will cause.] If the hole is on a minor slope make sure that you choose a line closer to the hole and make a firm putt. If the hole is on a major slope, putt on a line above the hole with the perfect pace to die down into the hole.
5/ Long Putts are Lag Putts: Even the pros are happy to make 2 putts when they land a long way from the hole. Read the break and try to putt with a speed that will break down to the hole as it slows down.
6/ All Putts Break More Severely as they Slow Down: Putts slow down at the end of their journey as they near the hole so a firm putt will make less of a break as it passes the hole. Jack Nicklaus tried to let his putts die into the hole. He won a lot of tournaments doing that but you do have a better chance to sink a putt if you make firm putts which stay straighter as they pass the hole. Brooks Koepka sinks a lot of shorter pressure putts by BANGING them into the back of the hole.

It does not matter what putter you like to play with. They all sink putts. Get a putt that you like so that you can build confidence with it. Knowing that you can sink putts will allow you to sink more putts. Choose your target line and rock your shoulders to hit every putt on the center line of your putter face directly up your target line. Practice with GOLFSTR+ to keep your leading wrist flat (to control your direction). Buy one today at www.GOLFSTR.com

Golf Truism #66: If you really want to get better at golf, go back and take it up at a much earlier age.